What is lost and gained in the shift from physical to digital archiving? What and how do archives preserve, and how do they curate public access? How do we search for digital material? Which tools are used to modify and limit our search options, and what does this tell us about digital networks and our relationships to them? Who or what is featured and findable in the databases we use today?

This special issue came on the heels of the History, Cinema, Digital Archives conference hosted at ANU and headed by Jill Matthews. After the conference, in 2015, Jill and I decided to edit a Special Issue focusing on digital archiving.

Deb Verhoeven: "As Luck Would Have It: Serendipity and Solace in Digital Research Infrastructure"

Sarah Atkinson: Digitally Preserving Potter: The Dailiness and Feminization of Labor within Digital Filmmaking and Archiving

With no fanfare-and certainly with no centralized coordination among themselves-these women quietly ensure that both their own work and that of previous generations of female filmmakers, writers, and performers are no longer hidden-in-plain-view.

In my introduction, I argue that women have a disproportionate impact upon the programming of silent film at festivals. I also suggest that there is a growing public that is attracted to festivals such as Il Cinema Ritrovato precisely because these festivals give us access to a vision of film history and feminism that we cannot find in traditional history books. Finally, I ask how these women work and, specifically, how the change to digital has impacted archival outreach and access today. See:

An Introduction to the Interviews 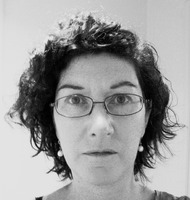 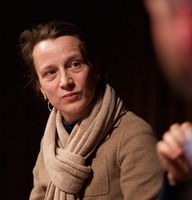 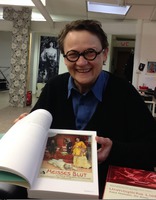